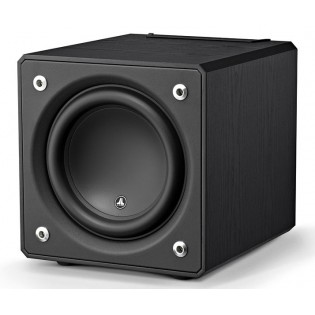 E-Sub drivers employ our exclusive DMA technology to optimize the drivers' motor strength, ensuring linear behavior over a very long excursion range. Unlike typical steady-state modeling systems, DMA takes into account the dynamic shifts created by current flow and back EMF under real power conditions, with real program material. The payoff offered by DMA optimization is a driver that faithfully tracks its input signal, at all listening levels, leading to superior bass definition and dynamics.

The extreme mounting depth of the E-Sub driver is very deliberate. It permits wide gaps to exist between the three suspension elements (the rubber surround and the dual spiders), imparting exceptional mechanical stability over the driver's full excursion range. This further improves linearity, reduces distortion and enhances long-term reliability. In a stroke of engineering elegance, the E-Sub’s steel front mounting flange forms the entire front baffle of the finished product, while the driver’s back-plate is threaded and bolted to the rear wall of its enclosure for support.

Conveniently controlled from the E-Sub cabinet’s top panel, the amplifier incorporates studio-grade signal processing to make adjustments a much more enjoyable experience than rear–mounted controls found on most powered subwoofers. An attractive cover hides and protects the controls during normal use.

The feature set has been designed to allow the use of E-Subs in a wide range of applications, from full home theater systems to dedicated two-channel music systems, to desktop audio workstations. Analog inputs are provided for unbalanced line-level signals or speaker level signals. Dedicated line outputs are included to make a bi-amped system arrangement with no additional hardware required. Useful in combating ground-related noise problems, a rear panel switch configures the line level inputs as grounded or isolated.

The E-Sub’s active crossover is a true two-way, 4th order Linkwitz-Riley design, with a low-pass filter feeding the subwoofer's amplifier and a high-pass filtered signal exiting its line outputs. When the on-board crossover is defeated, as is typical in a home theater installation, the line outputs deliver a pass-through, buffered signal identical to its line inputs, easily permitting multiple E-Subs to be interconnected in a ‘daisy-chain' arrangement. Switchable polarity and a fully variable phase control round out the signal processing section. All signal processing is performed in the analog domain, ensuring very low latency in critical applications.

Precision-built in JL Audio's U.S. factory, all E-Sub are individually performance-verified and tested to deliver years of listening enjoyment in your home audio or home theater system.

Detailed Information:
Since 1997, JL Audio has been at the forefront of Finite Element Analysis-based modeling of loudspeaker motors and suspensions. This research is aimed at decoding what we refer to as the "Loudspeaker Genome"... a project aimed at understanding the true behavior of loudspeakers under power and in motion. A major component of this integrated system is DMA (Dynamic Motor Analysis). Starting with the 15W3 and the W7 Subwoofers in the late 1990's and early 2000's, DMA has played an important role in the design of all JL Audio woofers sold today, including our component woofers.

DMA is a Finite Element Analysis (FEA)-based system, meaning that it takes a large, complex problem, breaks it down into small solution elements for analysis and then assembles the data to form an accurate, "big-picture" solution. DMA's breakthrough is that it actually considers the effects of power through the coil as well as coil/cone position within the framework of a time-domain analysis. This gives us a highly accurate model of a speaker's actual behavior under real power, something that the traditional Thiele-Small models or other low power measurements cannot do. Because DMA does not rely on a steady-state model, it is able to consider shifts in the circuit elements being analyzed. These modeling routines are intense, requiring hours to run for a whole speaker.

DMA is able to analyze the real effects of fluctuating power and excursion upon the magnetic circuit of the motor, specifically the dynamic variations of the "fixed" magnetic field. This delivers intensely valuable information compared to traditional modeling, which assumes that the "fixed" field produced in the air gap by the magnet and the motor plates is unchanging. DMA not only shows that this "fixed" field changes in reaction to the magnetic field created by current flowing through the voice coil, but it helps our engineers arrive at motor solutions that minimize this instability. Analyzing this behavior is critical to understanding the distortion mechanisms of a speaker motor and sheds light on the aspects of motor design that determine truly linear behavior:

Detailed Information:
In high-performance audio systems, a crossover's function is to act as a gateway, filtering and directing precise audio signals towards each speaker as appropriate for its driver's particular size. For example, with a conventional two-way home theater or home audio system, the smaller, main stereo speakers are tasked with reproducing the mid to upper frequency ranges, while larger subwoofers are responsible for the lower frequencies.

Designed with system versatility and practicality in mind, the E-Sub's onboard active crossover can be used in two distinct modes.

• When the E-Sub's crossover is not in use, its "Line Outputs" will deliver a buffered, pass-0through signal that is identical to the signal feeding its "Line Inputs". This application is beneficial in multi subwoofer installations to pass a receiver/pre-pro's subwoofer signal from one E-Sub to additional E-Subs.

By reinforcing the critical junction between the cone, voice coil and spider, the VRC greatly reduces failures due to glue breakdown or material weakness. It does this by greatly increasing adhesive contact area and providing stress relief to the spider material at excursion extremes.

Detailed Information:
JL Audio's patented FCAM™ technology is an innovative method of bonding the surround/cone assembly to the voice coil former/spider assembly. This feature helps ensure concentricity of the surround, spider and voice coil without torquing the suspension to achieve it. This allows for the inevitable, slight variations in production part dimensions without having them negatively impact the integrity of the suspension and coil-centering at high excursions.

The biggest problem with this approach is that spider limiting behavior plays a hugely important role a woofer's performance. Lead-wires that are attached or woven into the spider material can alter the spider's "stretching" behavior. The tinsel wire naturally has less 'give' than the fabric material of the spider leading to asymmetrical spider behavior and non-uniform stress distribution around the spider circumference. The wire attachment points can also cause localized pulling and tearing forces at the spider's excursion limits. As such, longevity becomes a major concern and makes the woven-in design less than ideal for very long-excursion designs.

While a traditional 'flying lead' design does not compromise spider linearity or radial stability, it creates its own challenges on a long-excursion woofer. Managing the 'whipping' behavior of the wire and making sure it does not contact the cone or spider is one challenge. Another is ensuring that the leads do not short one another or the frame of the woofer.

To overcome these issues, JL Audio's engineered flying lead-wires work in conjunction with carefully engineered entry and exit support structures molded into the terminals and the voice coil collar. Some models also feature jacketed lead-wires to further reduce the likelihood of shorting and fatigue. The result is flawless high-excursion lead-wire behavior, with outstanding reliability and none of the compromises inherent to a woven-in lead wire system. Building woofers this way requires much more labor and parts complexity than the simpler woven-in approach, but the payoff is in reduced distortion, reduced mechanical noise and improved reliability.

Summary:
JL Audio's Miramar, Florida loudspeaker production facility is one of the most advanced in the world.

Detailed Information:
At a time when most audio products are built overseas, JL Audio’s commitment to in-house loudspeaker production continues to grow. All W7’s, W6’s, TW5’s, TW3's, TW1's, W3v3’s and some of our ZR products. We also build our Marine Speaker Systems, Home Subwoofers, Stealthbox® products and the vast majority of our enclosed subwoofer systems in Florida.

To pull this off in a competitive world market, our production engineering team has created one of the world’s most advanced loudspeaker assembly facilities. This commitment to state-of-the-art technology allows our highly skilled workforce to efficiently build JL Audio products to extremely high quality standards.

While it is also feasible to build good quality products overseas (and we do build some of our products in Europe and Asia), it can be challenging when the product’s technology is innovative or complex. Since most of our premium loudspeakers incorporate proprietary, patented technologies requiring specific assembly techniques, we prefer that the people who design them have close access to the people manufacturing them. 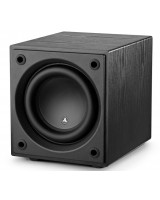 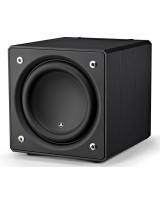 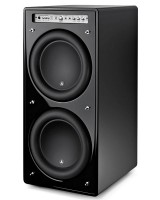